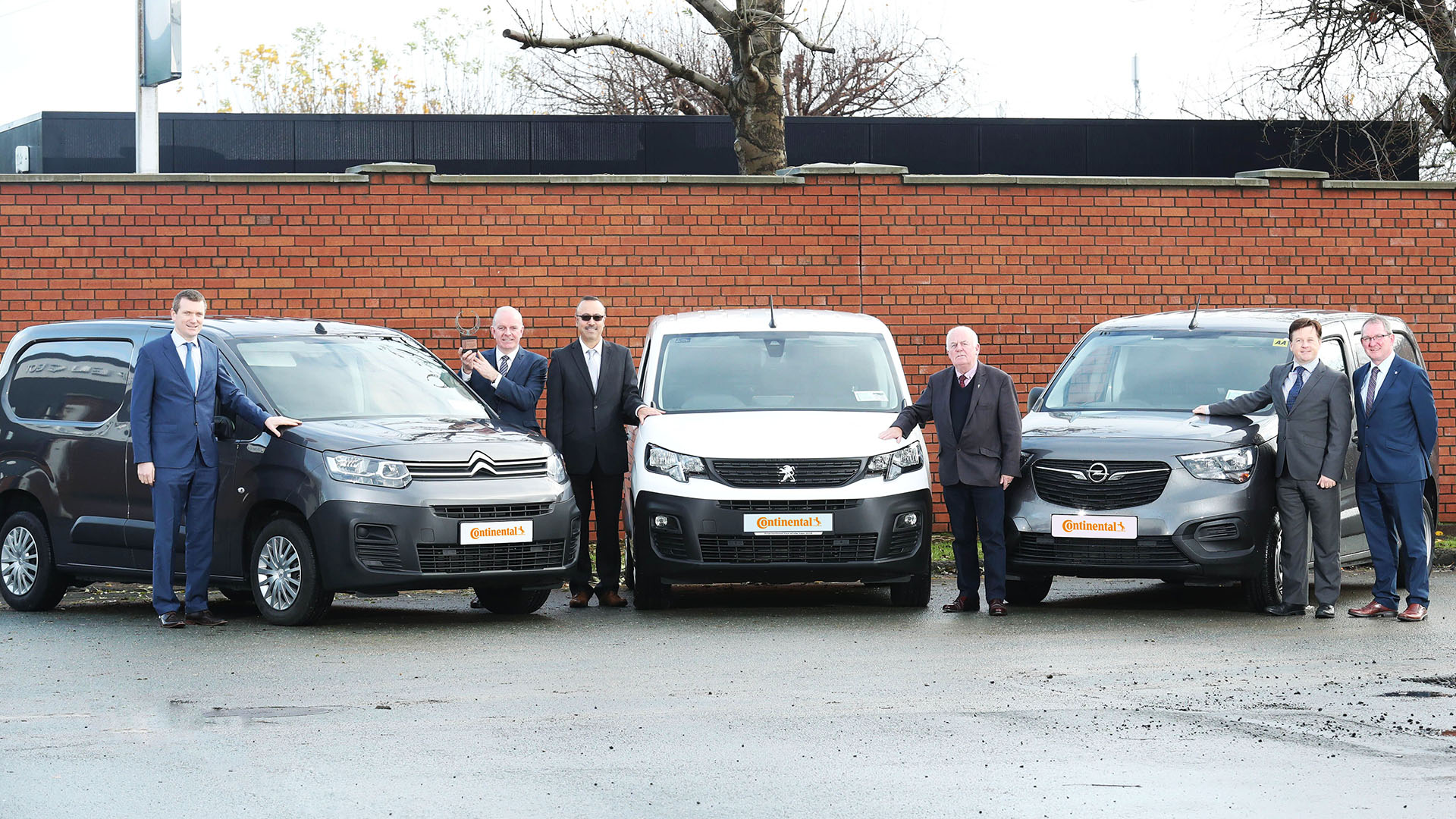 The Continental Tyres Irish Van of the Year 2020 award has gone to the Citroën Berlingo / Opel Combo Cargo / Peugeot Partner, the acclaimed collaboration from Groupe PSA.

The Citroën Berlingo / Opel Combo Cargo / Peugeot Partner has been hailed for its car-like driving dynamics and for a range of intelligent technologies designed to benefit driver and owner alike. The collaboration is also said to offer one of the most flexible configurations on the market, with optimal modularity depending on the application.

The Irish Van of the Year award is voted for by a jury of 11 of Ireland’s most experienced commercial vehicle journalists, who award marks for criteria including productivity, safety, comfort and fuel efficiency.

The Citroën Berlingo / Opel Combo Cargo / Peugeot Partner was the jury’s choice in a category that featured a total of six contenders including the electric-powered Mercedes Benz e-Vito. Underlining the growing popularity of EVs in Ireland, the Kia e-Soul was also crowned Continental Tyres Irish Car of the Year 2020 – the first time an electric vehicle has won the overall accolade.

Commenting on the panel’s decision, joint Irish Van of the Year jury Chairman, Anthony Conlon, pointed to an advanced range of safety and driver features.

“Congratulations to the Citroën, Opel and Peugeot teams on this well-deserved win,” he said. “I was impressed with the improved safety and driver assistance systems of the combined van product. Also, worthy of note are the great driving dynamics of each model, just like driving a passenger car.”

His fellow joint Irish Van of the Year jury Chairman, Jarlath Sweeney, hailed the award as a win-win for van owners and drivers alike.

“The Citroën Berlingo / Opel Combo Cargo / Peugeot Partner was always going to be a serious contender for the award, having won the International title last year,” said Mr Sweeney. “Each model is packed with technological advancements to aid the driver and financially benefit the owner or fleet manager. All in all, an excellent package, well put together.”

Presenting the award to the three Irish Van of the Year winners, Tom Dennigan of award sponsors, Continental Tyres, said: “The Citroën Berlingo / Opel Combo Cargo / Peugeot Partner is a worthy winner of the Irish Van of the Year title.  What a great accolade to have for each van as we head into the busy January sales period.”

The Irish Van of the Year awards are part of the 2020 Continental Tyres Irish Car of the Year awards, which took place earlier this month at the Westin Hotel, Dublin, in front of an audience that included all the major automotive manufacturers and representatives of the motoring media.

All new commercial vehicles launched in Ireland during the calendar year are eligible for that year’s Irish Van of the Year award. The 2021 awards programme will begin in the new year.