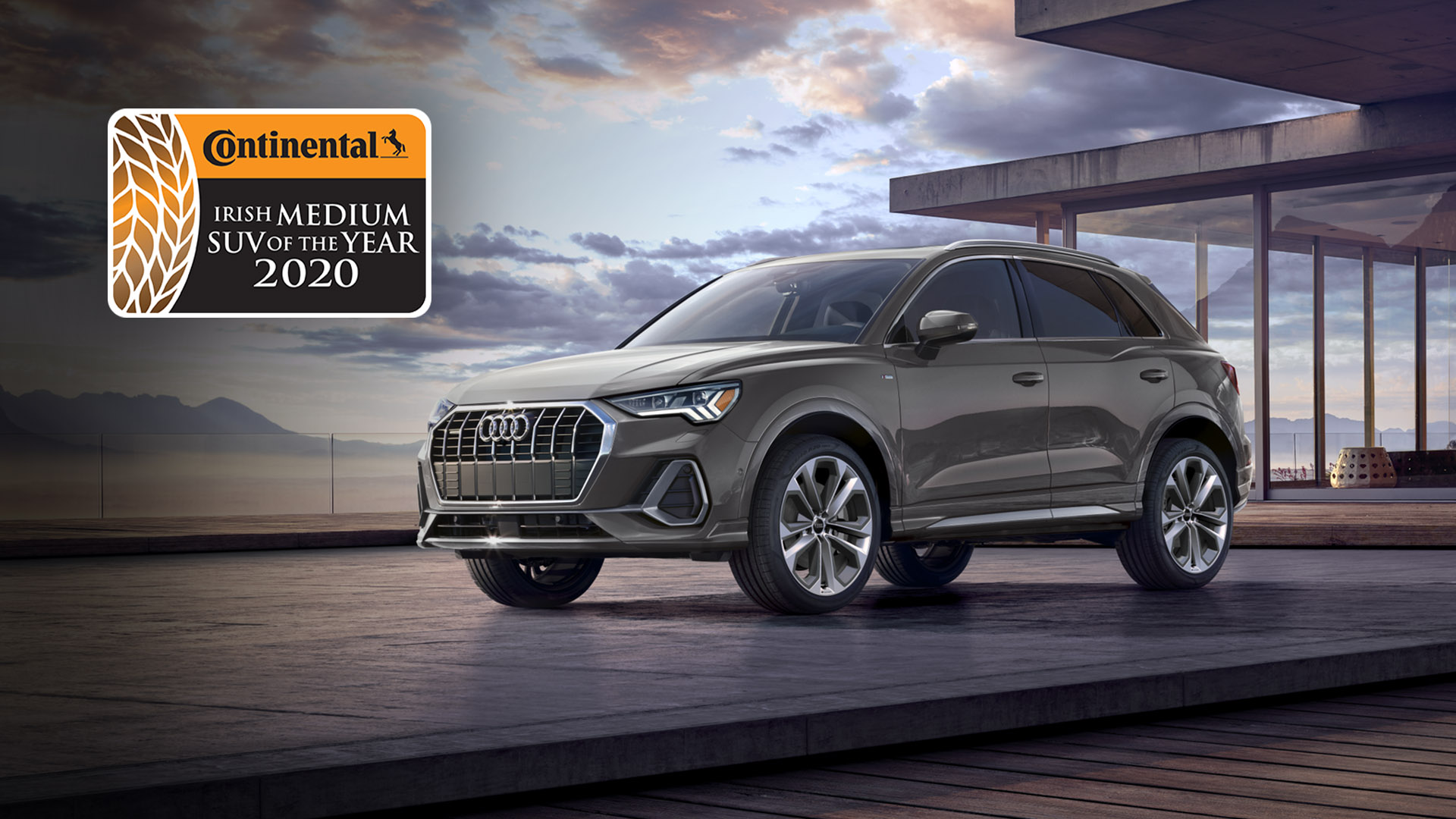 The Audi Q3 has been voted Medium SUV of the Year at the 2020 Continental Tyres Irish Car of the Year awards.

The Medium SUV of the Year award was presented to Audi at the Irish Car of the Year 2020 awards event, which took place at Dublin’s Westin Hotel on 7th November 2019. The awards were voted for by a jury comprising 34 of Ireland’s most experienced motoring journalists.

The Q3 was named Medium SUV of the Year award in a category that included the Citroen, DS, Mercedes-Benz, Mitsubishi, Range Rover and Toyota. The trophy was presented by Tom Dennigan of Continental Tyres (Ireland) along with Bob Flavin and Tony Conlon of the Irish Car of the Year jury.

The Continental Tyres Irish Car of the Year awards are an annual showcase of the best new cars launched each year, taking account of the specific requirements of the Irish market.