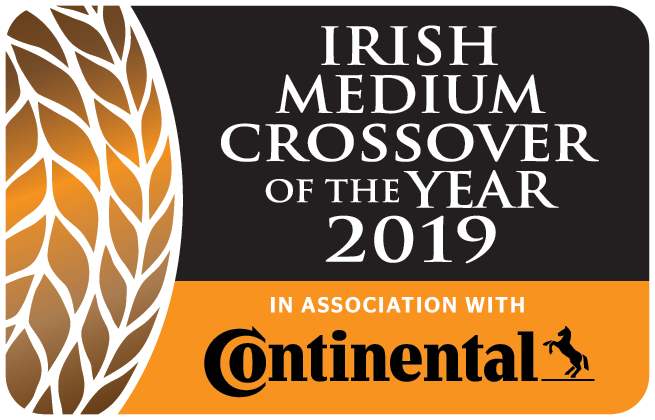 The Skoda Karoq has been officially recognised as the Best Medium Crossover of the Year at the 2019 Irish Car of the Year awards, in association with Continental Tyres.

The Skoda Karoq came out on top of a Medium Crossover category that included contenders such as the BMW X3, Honda CR-V, Mitsubishi Eclipse Cross, Opel Grandland and Subaru XV.

What sets the Karoq apart from the competition? We asked our intrepid duo, Car of the Year jury members and two of Ireland;s most experienced motoring journalists, Bob Flavin and Mark Gallivan, to run the rule over the new Skoda crossover.

In our latest video review, Mark and Bob get up close to the new Karoq, explaining how a new range of engines and an array of clever design touches give Skoda’s new medium crossover the edge.

“The Karoq is Skoda’s replacement for the Yeti and it comes with a new range of engines,” says Mark Gallivan. “The seating is versatile in that you can remove the rear seats entirely, making it into a small load lugger or mini-van if, for instance, you’re running a small business.”

“Skoda have been pushing the ‘Simply Clever’ tag for a number of years now, and the Karoq matches that exactly,” says Bob Flavin. “A couple of USB ports in the front, wireless charging, a single-handed bottle opener too… all simple things that add up to a very clever design.

“The Karoq comes with a new variety of engines but the 1.5 litre TSI is brand new to the market here in Ireland. It has the power of a 2-litre but puts out the emissions of a 1-litre so it’s got a good balance.”

Find out what makes the new Skoda Karoq our Medium Crossover of the Year here: